As Richer Unsigned grows and progresses, so do the artists that we’ve featured. Here’s a quick round up of five artists who’ve appeared on our playlists who’s careers seem to be on track and moving in the right direction. The following acts may or may not be signed, but their hard work seems to be paying off judging from their appearances at major festivals, headlining spots and critically acclaimed releases!

1. Charlie Straw
Charlie was featured on The Great Escape’s playlist back in February and his fantastic voice caught our attention. His performance at our Richer Unsigned Session blew the audience away. He just played Citadel Festival alongside artists such as Foals, Laura Marling and Micheal Kiwanuka. Check out his performance for us earlier this year:

2. Pumarosa
Pumarosa were featured on our ‘Artist Of The Week’ section when we reviewed their track “Priestess” (Read the review here). Since then, the band have signed to Fiction records and recently released their first album titled The Witch, that has received great reviews. 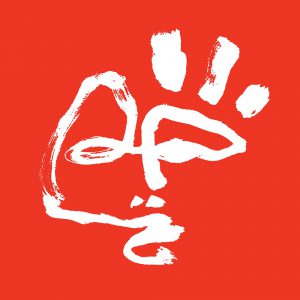 3. Jim and Sam
Los Angeles-based Jim and Sam were selected by Bear’s Den for our second vinyl release in April 2017. Bear’s Den also asked the duo to support them at St Giles in the Fields church for an intimate invite-only Record Store Day gig.  The dynamic acoustic duo have recently signed to Netwerk Records and are due to record their debut album later this year.  Check out their performance at our Richer Unsigned Session back in April:

4. Haula
Oxford-based singer Haula’s soulful voice and great songwriting caught our attention in 2016 and was subsequently featured on our ‘Best of Richer Unsigned 2016’ vinyl release, curated by Alice Levine in celebration of Record Store Day. We were very proud and excited to watch her play this year’s Glastonbury festival on the ‘BBC Introducing’ stage.  Take a listen to “Freedom”:

5. Keto
Lo-fi folk act Keto sprung to our attention when she was selected by Bear’s Den to feature on this year’s ‘Best of Richer Unsigned 2017’ vinyl in celebration of Record Store Day.  She recently performed at Glastonbury and has been selected as Part of Green Man Festival’s ‘Green Man Rising’. Keto was picked from over 1000 entries and will perform in front of a panel including BBC 6 Music, 4AD, Domino Records and The Guardian.  Take a listen to her song “Waiting On Dreams”:

This is by no means a comprehensive list, so if you are an artist we’ve featured and feel like your name should be included, feel free to drop us a line at enquiries@richerunsigned.com.